What is the Difference between Microblading and Hairstroke Brows? - Premier Cosmetic Solutions
Skip to content 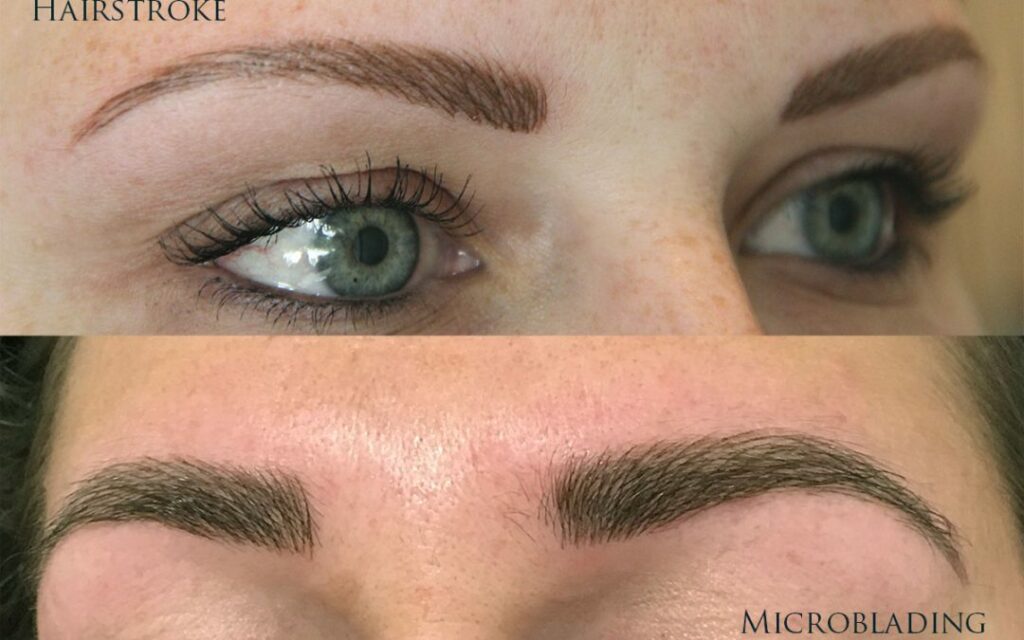 What is the Difference between Microblading and Hairstroke Brows?

Both procedures resemble the look of eyebrow hair and help enhance the appearance of your eyebrows. Both can look very similar, especially after healing. However, they differ in their applications and longevity.

Here, we will go over the details of each type of eyebrow application.

Due to its shallower implant, microblading will look more natural immediately following the procedure, however, it does not have the same longevity for the same reason. Hairstroke brows may look thicker than its microblading cousin for a few days following the implantation, due to swelling from its deeper implant. However, their final healed results are similar.

Many of our clients have a difficult time determining which technique is best for them. I usually tell them to start with microblading if they aren’t sure which to choose. Since microblading is more temporary, it will give them a chance to wear it and see if permanent eyebrows are something they want to commit to before moving onto the longer lasting hairstroke method. However, if your goal is to have permanent brows for the foreseeable future, the hairstroke method is for you.

With both procedures, be prepared to have darker, swollen brows for four to five days afterwards. A small price to pay to wake up to beautiful brows every day.

This site uses Akismet to reduce spam. Learn how your comment data is processed.